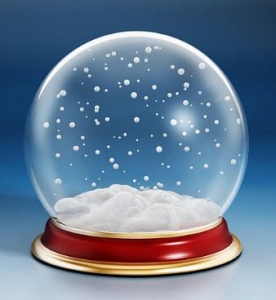 Last week we had our house painted. I think I would have been alright if it was external, so I could close the windows and pretend it wasn’t happening. Denial in the face of change, why not? It’s certainly worked for me in the past. We didn’t move everything, only took pictures off the walls, and the painters pulled furniture into the middle of rooms. They covered everything with large transparent plastic sheets. In the beginning, it was kind of magical, like we’d just returned to our summer house in The Hamptons.

This changed quickly when my husband asked me to clear the book shelf. I felt nausea rising in my throat. Fixed somehow to our lounge room wall is a massive, heavily laden double timber bookshelf. In it are hundreds of books, travel mementos and photo frames. Crowded in together with money boxes, shells, crystals, containers of foreign coins and knick-knacks. Over the years it has sagged under the weight of stuff. Some shelves had popped their supports, wriggled free and fallen, to be propped up underneath by the spines of large scale hard-covered books. The structure had a precarious lean. I once dreamed I watched it topple out from the wall and fall. I was afraid for our children and pets. It was essential this was cleared and dismantled.

Clearing this took me two days. I sorted books into keep, lend or take to charity. I found cards for the girls second and fourth birthdays, they are now almost teenagers. I realised this was the longest time I had ever lived anywhere. As a child I lived in several different towns and homes. I then grew into an adult living in various cities and countries. I realised when I finally settled, I am a person who likes to keep things, cards and photos tucked between and behind books, little notes and old letters to mark a page. As a book lover, I now feel the pressure of every bloody friend watching Marie Kondo telling me to purge anything which doesn’t spark joy. Telling me I can only keep 30 books. Screw you, Marie Kondo. I pick up and handle each one. Remembering the stories inside them and also the ones outside, where I was, who gave me this one, where I bought another. Some had identifying price stickers on the back. Glebebooks. Adyar bookshop. Queensland University Press. Disposing of books felt like throwing out friends. Some of those titles had been kinder to me than people.

As the painters progressed from living areas to the bedrooms, they took the wardrobe doors off their hinges. I was unprepared for the shock of having my mess on display. Things I had shoved to the tops of cupboards to think about later, or sort another time were staring at me. The disorganised contents of my study were revealed, boxes of acrylic paint, water colours, photo albums, bags of party bags and string and ribbons. My husband’s University Rugby trophy leaned on a pot of glitter, a carved cow mask from Guatemala slinking behind an old singer sewing machine. The girl’s wardrobes revealed tiny black puffy ski pants with elastic braces, scarves, caps, unevenly folded blankets, teenie weenie shoes and boxes stuffed full of paintings and craft created in early primary.

My shelves held dusty Mother’s day cards with pink crepe paper hearts and best mother ever.  There were handmade pottery dishes too small for anything but a few earrings. After ten years in the same house, I noticed I had become a little sentimental and quite hoardish. As the days passed and the painting continued, a fine layer of sandpaper dust settled over everything.

I realised we were living in a snow dome. The once pretty picture where everything was ordered and clean was now changing. A giant hand had picked up our place and given us an almighty big shake up. The dust was everywhere. The door-less wardrobes exposed our mess, the window coverings were on the floor as the sills were painted, flooding us with morning light and forcing us to sleep with eye masks. The girls were sharing a bedroom and arguing over lights out, our accidental inside dog dug holes in the yard because no one was watching him. I kept trying to picture how amazing the house was going to look when it was done, but I couldn’t. The mess, the dust, the shakeup was too consuming. We were in the snow storm and I couldn’t see the beauty. I knew it was going to settle into a new kind of shape and I just had to wait it out.

While I waited for the storm to pass, I discovered my counselling clients were coming in with similar issues. In relationships, things were in a state of unrest or upheaval, in business situations were up in the air, in a holding pattern, it seemed everyone’s states were altered, in flux or transforming. I shared my theory of the snow dome and we all agreed. Everything had been shaken up and in a crazy mess and we needed to be kind to each other and patient, until a new kind of settling happened. Change is really about navigating the mess to appreciate the newness it brings.

So for now, I’ve dusted, wiped down surfaces with a wet rag, reordered things, pushed furniture around and cocked my head, imagining how things might look when we are all done; after the carpet is laid.

The lessons I have learned are to wait it out, accept mess, look for the joy in the process and understand everything has its own time-frame and way of unfurling. The more I rally and fight against change the harder it is to bear. As difficult as it is to face, I need to brace myself to get through the storm in order to appreciate the beauty of the finale.

Shake it up – The Cars

January, sick and tired you’ve been hanging on me… I Choose You
Scroll to top